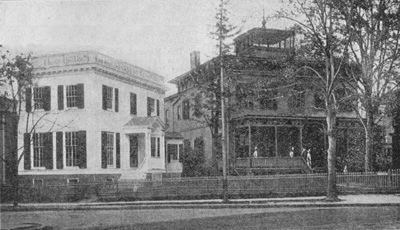 First National University is a full University level institution operating under Congressional Charter from the Congress of the United States, offering both academic degrees through the doctoral and post-doctoral level, as well as degrees in the various healing arts.


And other institutions for which charters were also gained
as the result of the efforts of our Founder and Dean,

F.N.U. dates from 1905, when the first Institution was incorporated and chartered.

2. Also historically granted by Palmer Chiropratic as an honorary degree from 1908 until its demise in 1968. Palmer no longer grants this degree.

3. Special programs are available to those qualified and wishing to attain these advanced post-doctoral degrees attesting to the attainment of the pinnacle of a profession. ?


Please direct any comments, suggestions, or questions to